In this 3-part series “Know what you know: Competing on Analytics with Knowledge Graphs” Dr. Alessandro Negro, Chief Scientist at GraphAware, walks you through analytics, knowledge graphs and its “competition”. In the first part, we discussed the recipe for a successful analytics competition and shared some success stories.

None of the big changes happened overnight. According to the authors of Competing on Analytics, in 10 years or so, we went through a revolution in the way in which companies see and leverage their data. 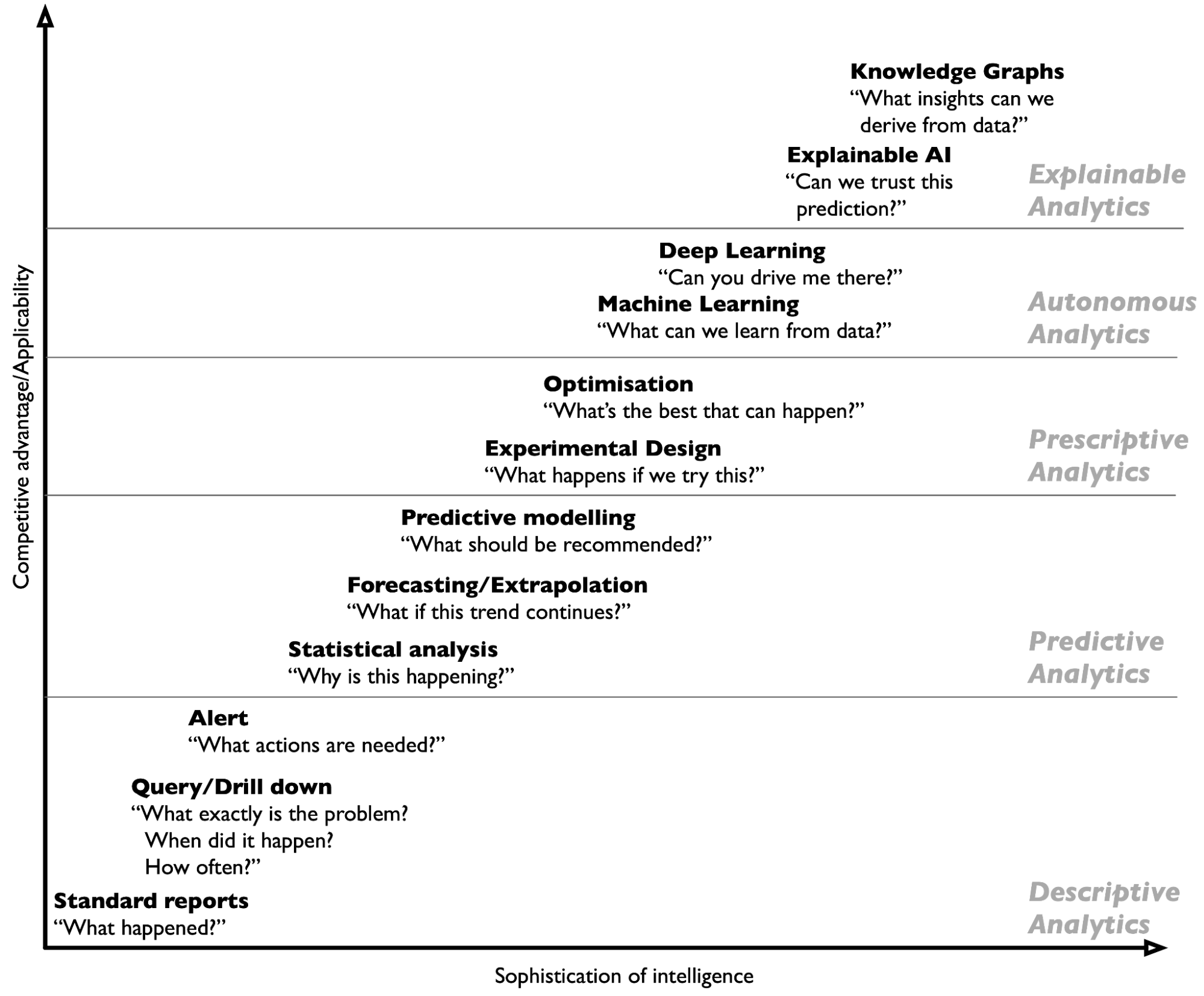 They identified 4 major eras or stages of this revolution summarised in the following table.

What a journey so far! Analytics started by collecting just numerical data and allowing decision makers to make relevant decisions by looking at pie charts of aggregated value and at the end were able to replace us in many basic tasks, letting us focus on the business or our family. Of course, this didn’t come without costs. Paraphrasing Spiderman’s uncle, “from increasing power derives increasing responsibilities”. Analytics are now part of our life, and we are not talking only because they suggest a book to read or a movie to watch, but they are helping scientists find new treatments for cancer and other terrible diseases or helping physicians deliver precision medicine[1]. So, in many cases, the great responsibility comes in the form of transparency. We can trust the machines up to a certain level. This assumption is feeding a new era that is becoming more and more relevant. Not for all the applications we mentioned but for some mission-critical ones, this is the case.